Why Do You Eat What You Do?

Why Do You Eat As You Do?


I recently watched a very interesting program looking at the reasons behind why people are overweight.

What I found incredibly interesting about it was the different types of testing the participants undertook, before they were classified into particular groups.

These tests included monitoring the stomach hormones, as these change as we eat, and are the little messengers that tell our brain that we are full. This is a new area of research and understanding. Sometimes these don't work so well for people.

Another test was a stress test, to monitor the cortisol levels of the participants, as well as their eating post stress.

Another test was to assess for a particular gene.  This gene, if defective, results in constantly feeling hungry.

What the testers were looking to establish amongst the participants was whether they were:

Essentially the Constant Cravers were people who would feel hungry within a couple of hours of having a typical sized meal.  It was determined that their genes actually played a role in this aspect. A defective gene was responsible for the constant craving

The Feasters were people who didn't recognise the 'full' signal, and consequently overate. Their hormones weren't communicating loudly enough with the full trigger in the brain.

The Emotional Eaters were the people who made poor choices after a stressful situation, eating more than they set out to.

It was very interesting to see how the testers then set meal plans for each one of these types, in order to help these people change their way of eating, and hopefully to assist them in losing weight.

The Constant Cravers were given meals that were high in protein and had complex carbohydrates, something I speak about often in keeping that 'full' feeling.  They were told to continue with their meal plans and their snacking, with the exception that on two days every week, they were to fast (well, have very low calorie intakes, approximately 800 calories a day).  This style of eating is something I've adopted over the last two years (with some more support and a variation on what to eat on the no food day). It's certainly worked for me.

The Feasters were also given meals that were similar, higher in protein and with complex carbohydrates.

The Emotional Eaters were given a healthy meal plan,   It was also recommended that they find group support, as it's vital to helping them get through the stressful situations that they encounter, and it appears, as they're emotionally driven, to be a vital part of their success.

Each of the groups were then trialled on their eating plans to establish for themselves, how to eat and what effect it had on them.

It was great to see that each group had a positive experience of the changes.

On looking through research on eating patterns and obesity, I found it interesting that pyschological testing on people who are considered obese has been ongoing since the 1950s. It would seem that we are still trying to assess why people overeat.  Even as far back as 1959, there were investigations into the concept of inherited obesity as well as the role the brain undertook in obesity.  Showing that the concept of Feasters and Constant Cravers are defined groups.  It seems that scientists are continuing to refine those ideas today as well.

A study undertaken in 2003 showed that eating consistently over the day reduced the risk of obesity in adults, while skipping breakfast and an increased amount of out of home breakfasts and dinners (restaurant or takeaway) increased the risk of obesity.  Showing that the Constant Cravers may have a good thing going, they just need to make choices that suit this constant craving!

Recognising what to eat, when to eat, and why you eat is an important step in undertaking a new life journey, if you want to know more, or to be coached on this, contact me today! 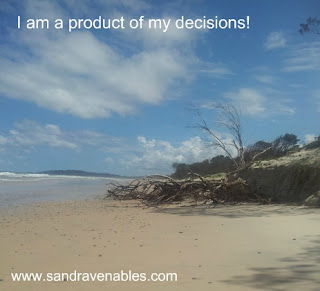 Tell me your story too